Interlodge Earns Slender Lead At Gaastra Palma Vela.
It was not so much an early season showdown, much more a gentle winding up of the three brand new, recently launched TP52s which took to the race track in earnest for their first time ever at Gaastra Palma Vela today. The maiden race for the debuting Alegre, Azzurra and Quantum Racing was contested in a light, slightly patchy southerly breeze on the Bay of Palma. But it was actually Austin and Gwen Fragomen‘s 2011 built Interlodge, with Kiwi Dean Barker‘s light touch on the helm making a key difference, which took first blood of the regatta, winning the first race by a decent distance.  With Andy Horton and Jordi Calafat conspiring on strategy and tactics Interlodge followed up with third in the second race to lead the TP52 Class at Gaastra Palma Vela after two races are completed. Quantum Racing‘s first race with their new Botin designed boat saw them make a solid start but they found a hole in the breeze on the first windward leg and could not get back from fourth. But in the second race, the 52 SUPER SERIES champions with Dalton DeVos steering and Ado Stead on tactics, were able to jump out to an early lead on the preferred left side of the course and they too were able to extend ahead to win their second ever race with their new boat. Their 4,1 for the day ties them on points with Andy Soriano‘s hull sister Alegre which posted a good 3,2 on their first day ever in the TP52 fleet.  Azzurra‘s second and fourth leaves them fourth.
In the first race winning the pin end start and being able to gain early control of the left side of the course saw the Interlodge team making it look easy. The race started in 6-7kts of breeze from just east of south and Interlodge were about one minute ahead of Azzurra at the finish line. Azzurra started close to the pin but were locked in to an immediate drage race with Quantum Racing off the start line which perhaps helped Interlodge escape. Azzurra tacked behind Quantum Racing, found a little right shift and were second all the way around the course. The battle was for the pin end start in the second race with all four 52’s scrapping for the key spot. Azzurra lost out and had to tack away. Quantum Racing managed to get their noses in front and were able to increase their lead progressively with Alegre a good second.

Quotes:
Ed Reynolds (USA) project manager Quantum Racing (USA), 4,1 today: ” We are staying close to a boatyard because we are still building the boat. We are still learning how to sail the boat. We got a bit unlucky in the first race when it was quite light. We were good and strong off the start line and we seemed to find a patch where everyone sailed around us.  But then in the second race we were not strong off the start line and just got ahead and extended from there. It seems like every five minutes the guys spend on the boat they are doubling their knowledge of the boat how to sail it. We learned a bit more about the rig set up and how to tune it in these conditions today, how to trim for some different modes downwind in paricular, but it felt like all the time we were learning and trying different things. We were experimenting a bit with different angles downwind, understanding the modes a bit better. We have a Southern Spars rig now on this new boat and that is all new to us and so we are learning the nuances of that. But in essence it is all new to us. This just officially the third day with the boat and it is a big learning curve.”
Guillermo Parada (ARG), skipper-helm Azzurra (ITA): “It was interesting to finally be able to check the boats racing against each other. It was a tricky day in terms of wind conditions, but we learned quite a bit in terms of the performance of everyone. I am happy, not with the results, but I think we are all very tight together. It was a good day for us. We have had the three days training here, the first day 28 knots, yesterday there was next to nothing, so it was unsailable. And so this was the first real test and now when you are racing all the speculation is finished.” “We are all very equal. Interlodge is going well in the light but all of the three new boats are going very similar. We are collecting a lot of data to analyse do I think we are on a good track. It is always good to finally get racing the new boat. We are in good shape.”
Jordi Calafat (ESP) Interlodge:  “Conditions were good. In the first race we nailed thed start and were able to stretch from there. In the second race we were a little slow off the line but managed to get to second at the windward markand then we we didn’t sail very fast on the first run and instead of being close to leaders Quantum we ended up being close to third and fourth. The first race was all about the start, being fast and being on the left side. We got that right.”
Dean Barker (NZL) helm Interlodge (USA): “It was a good day. The first race could not really have gone better. We got a good start and we got to the left side and controlled it from there and that was good. The second race we did not quite get the start right and we were second at the top.  Our downwind speed is not so good and then we chose the wrong gate at the the downwind. It was close with Alegre at the top and they just beat us around. We could not do anything against them downwind. It is surprisingly even when you consider this boat was built for 2011 and these guys are all on new boats, but the scary thing is what they have to learn. We are just hanging in there now and they are only going to get better. So that is a bit scary.” 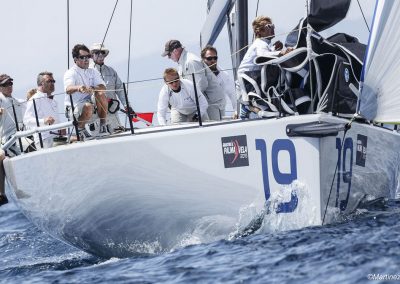 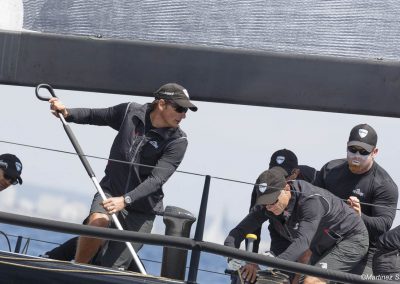 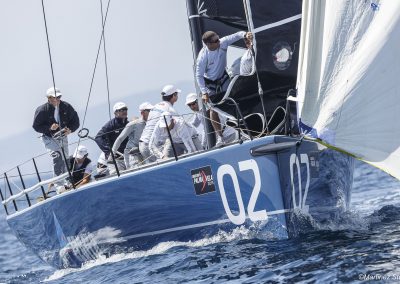 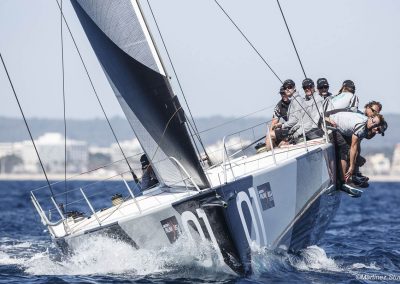 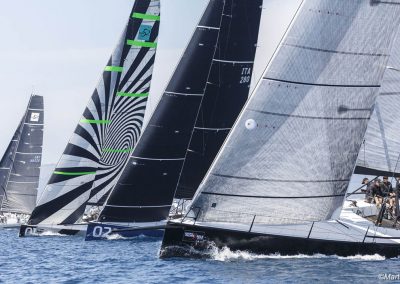