Bribon is the fourth different TP52 team to win a Trophy Regatta this season when they lifted the Region of Murcia-Cartagena Trophy with a race to spare. Lead by skipper-helm Gonjalo Aurajo with tactician Ross MacDonald, project manager Ignasi Triay and navigator Marcel Van Triest, the crew sailed a superb regatta at a very challenging venue which offered a good range of different wind directions and strength.

The Spanish flagged team finished the final race with a fifth to finish three points clear ahead of their Italian rivals on Audi Azzurra Sailing Team who take second step on the podium for the second successive regatta.

Gonzalo Araújo (ESP), Skipper, Bribón (ESP):
“ I´m very happy, both for me and for our teammates. This year we´ve worked really hard and we´ve been rewarded because we´ve been able to see that with a good boat we are able to be there with the best, something that we didn´t have last year, and that made us feel impotent. I was not in the team when the last trophy was won here in Cartagena, but it´s very especial, because the level here, it´s as high as it can get.

The fact that we won in Spain makes it really special because there is so many people that you know around. José Cusí, the owner, deserves this trophy because he´s made a great effort to have us here, sailing with a new boat. He also has an unbelievable career behind him, so he deserves this and a lot more.”

Ignasi Triay (ESP), Trimmer, Bribón (ESP):
“We are very happy, because believe it or not, the last time that we won an Audi MedCup Trophy was right here, in Cartagena, three seasons ago. We´ve been fighting and fighting for so many years with this crew, that they deserve this for all the hard work they´ve done for such a long time. I personally want to dedicate the victory to them, because it´s tough to keep the chemistry and a good atmosphere when you are not getting the best results, that´s why this goes to them. As a team, we´d like to dedicate the Trophy to our owner, José Cusí, because unfortunately he couldn´t be here with us today and share with us such beautiful moments”. 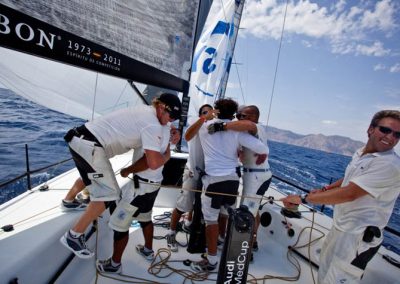 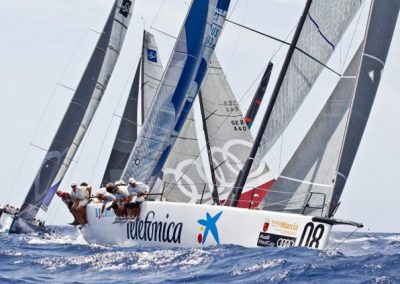 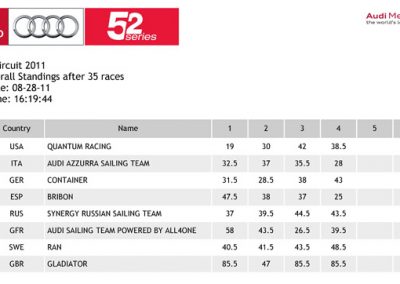 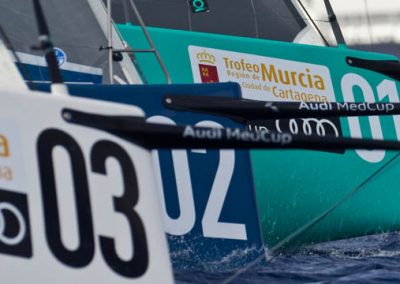 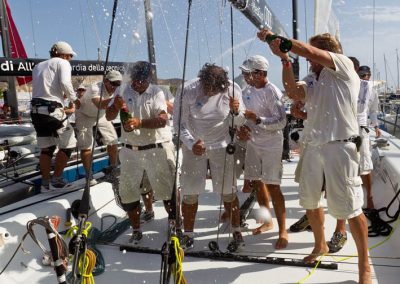 Back
← Ouchhh, That Hurts VESPER King Of The Bay →