A dramatic finish to the high scoring 25 miles coastal race at the Region of Murcia-Cartagena Troph regatta saw the American flagged Audi MedCup Circuit leaders seize victory in the final minutes of the passage into the harbour finish when the mainsail of race leading Audi Azzurra Sailing team fell down.

Quantum Racing’s win elevates them to third place overall in the regatta, from fifth this morning, while Jose Cusi’s regatta leading Bribon also was in a position to profit from the Italian crew’s misfortune.

Francesco Bruni (ITA), tactician, Audi Azzurra Sailing Team (ITA):
“ We don´t like to speak about luck when we lose places but this time was really something special. We broke the halyard of the main, the little part that holds the sail up, and then it came down. We were just one hundred meters away for the end and the race was over for us. It really felt as if it was God´s sign for us not to win the coastal. We are doing well, we have to remember that we did a great regatta and keep going”.

Jochen Schümann (GER), helmsman, Audi ALL4ONE (GER):
” We had an almost perfect race from the start up to 2/3 of it controlling everyone nicely. But when we opt on the long downwind for the A4 our strongest gennaker, we were simply too slow. The others took about 100 to 150 metres out of our lead first and finally overtook us. We kept the race quite open after rounding the island, but were quite frustrated still which might have caused our fault on BRIBON when we tacked on their bow. So we got the penalty and managed to stick to the podium only because of AZZURRAs bad luck at the end. Usually we should be happy with a top 3 finish which we are obviously not today”. 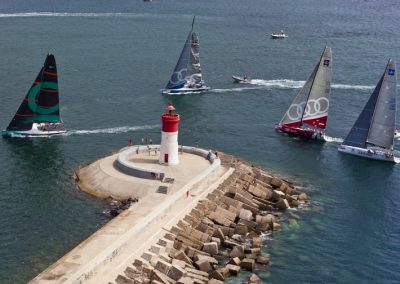 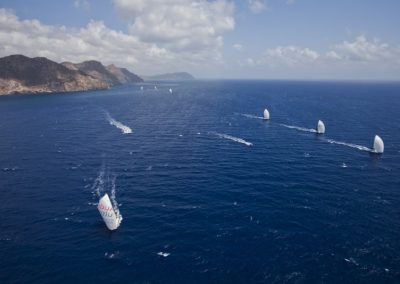 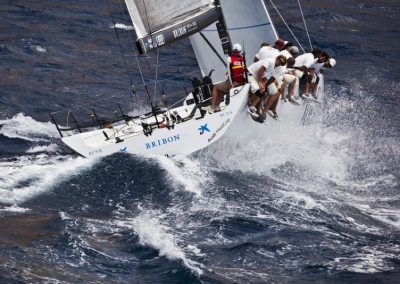