VESPER King Of The Bay

St. Francis Perpetual Trophy – IRC A: Jim Swartz’s IRC 52 Vesper breezed to a seemingly easy overall victory here if you went by the fact it won five out of its seven races, including today’s.

But Swartz credited it mostly to a well- oiled team that simply knew how to tame the boat no matter how high the winds. His tactician Gavin Brady made the comment that San Francisco is the best venue in the world for sailing.    “It’s like there are ginormous [sic] fans at the Golden Gate Bridge; it’s a man-made arena where the wind comes in at 11 am and you can start on time every day,” said Brady. “For the next America’s Cup here you can just put the AP flag in a glass case and it will never be flown.”

With Vesper having pretty much blocked for overall victory, the battle was for second today, and Peter Cunningham’s PowerPlay prevailed over Ashley Wolfe’s Mayhem in the end. Both boats were IRC 52s and were among five competing in this class along with two other larger boats and one smaller.

“This has been more fun than other races,” said Cunningham. “It was so close for us with Mayhem and the others, and these 52s make the Bay look small.”

The class sailed 30 miles today and Cunningham said there were some “interesting choices” on where to go. “We were first to Blossom Rock when the wind totally died with a 2-3 knot current and the whole fleet condensed,” said Cunningham. “We were ahead of Vesper and Mayhem, and I had déjà vu all over again: if you get caught in that current…it was classic San Francisco, everything can change so easily.” PowerPlay finished second today and posted 15 points to Vesper’s 10 in overall scoring. (Mayhem posted 18.) 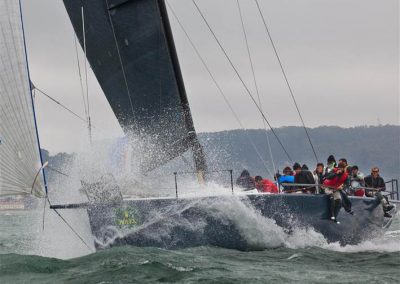 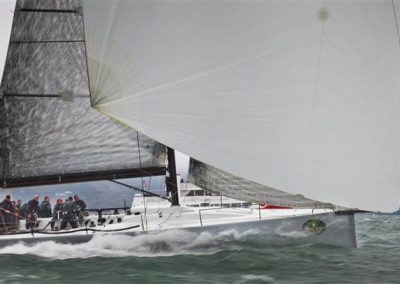 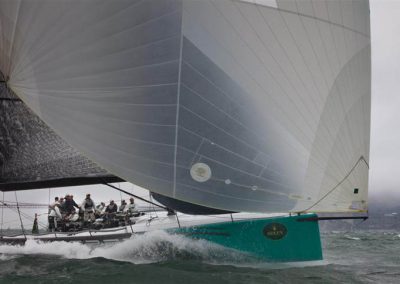 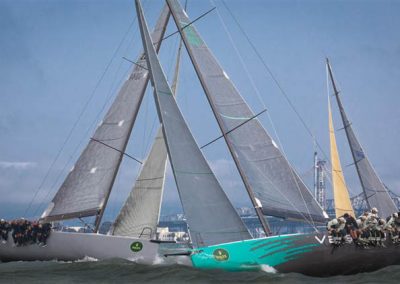 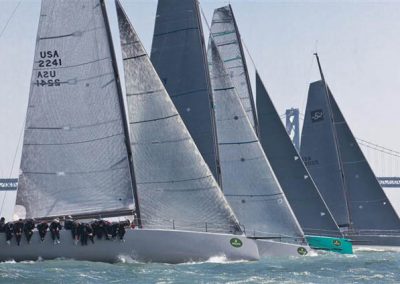