“Conditions were much easier to read here than in Alicante.” Confirmed Ray Davies (NZL), Emirates Team New Zealand’s tactician, “We had two good starts down the pin end when it was favoured, and then we moved up the line. When it was really congested we started off the line a little but much faster and were able to roll over everybody.”

“The boat is going really well in this steady breeze. As soon as we have the guys on the rail hiking we go really well.”

“In terms of the decision making after Alicante we decided that we needed to talk more and the more you talk and the more you can feel confidence in your decisions. It is working really well, and Adam Beashel is doing a superb job calling the breeze up the track and Kevin Hall has been doing some really good lay lines. Dean’s starting has been good, and that just means the crew work has been good and the atmosphere is really positive.”

“But, it is really easy to be positive when you are winning.” He smiles.

Ross Macdonald (CAN) tactician Bribon (ESP):
“We have to get better eveyday and seems to be working, we try to get faster and get off the starting line well, that’s been our main Aquile’s heel if you can call it like that we just haven’t been getting into the front crew off the starting line and we seem to be doing a better job with that, Thierry did a phantastic start on the second race it made it realy easy to win we didn’t have to do anything after that. So that’s it we had two better starts in the last two races and first race we were lucky enough to get back in on a windshift.” 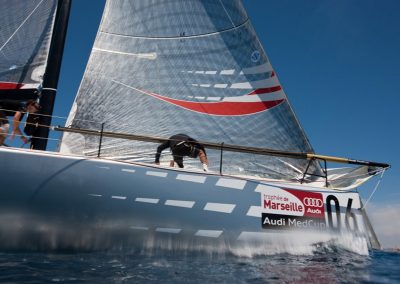 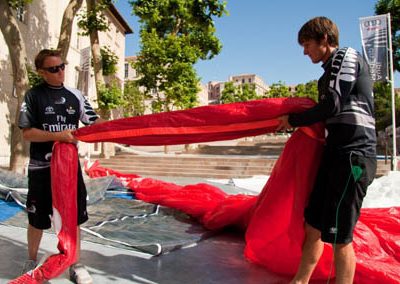 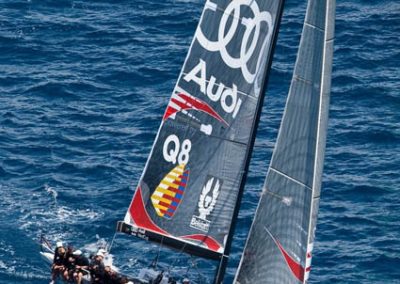 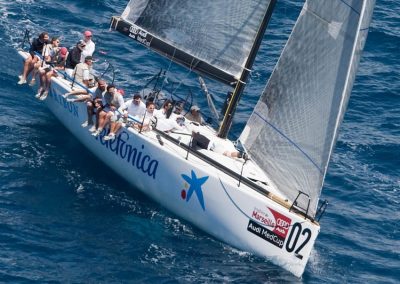 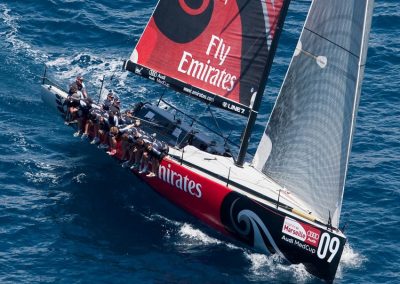