Alberto Roemmer’s Matador (ARG) won the fourth race of the TP52 Series Region of Sardinia Trophy as Synergy stole a close second place from Artemis on the finish line.

With the sea breeze much gentler than forecast, at times as light as five to six knots, Matador and Artemis laid the foundations for their success off the start line as they both earned the early advantage from  the wind bend on the left side on the first half of the beat.

Bigamist 7 maintained their record of winning at least one race at each Audi MedCup Circuit regatta this season as they triumphed in Race 5 of the Region of Sardinia Trophy for the TP52 Series.

Afonso Domingos squeezed Bigamist 7 around the first windward mark inside Artemis, just behind race leader Matador to establish their credentials as a challenger to win the race. At the leeward gate they chose the left hand gate rounding ahead of Matador and were able to extend slightly to take the Portuguese team’s third winning gun of the season.

A consistent day for the Argentine team Matador, a first and a second, closes the gap to just one point on Emirates Team New Zealand in this regatta. The Kiwi team sailed conservatively making steady gains with a fifth and a fourth for the day earned from early positions of eighth and seventh in the successive windward leeward races.

Artemis follow closely with two thirds for the day. 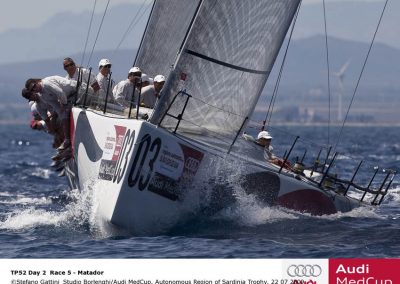 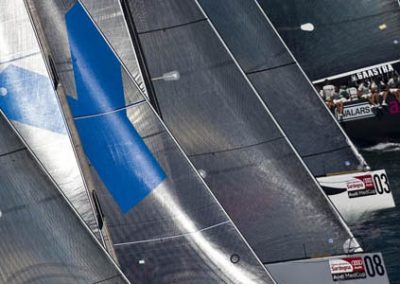 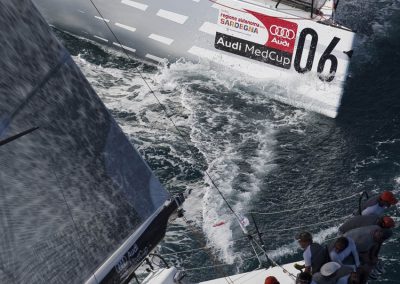