Matador, possibly fastest boat in todays conditions, strayed too close to the cliffs at Cape St Elia and lost their early lead.

Good performences of Bribon and Quantum, 3 and 4. Matador come back to 5th, but won’t be happy.

Michele Ivaldi (ITA) navigator Artemis (SWE):
“We have been working a lot on the starts which are better. That was one of our bigger weaknesses in Marseille, and in Marseille in fact the start was a lot more important because so often it was a one way track, so if you were not able to hold a lane off the start it was almost game over. Here with the a slightly more open race course, even if you don’t have the best start, you can be up in the top group at the top mark.”

“Today, keeping it simple was the call. Key was a good first beat, and we were able to pass to leeward of Bigamist when they gybed on us. After that it was a horse track.”

“For the who season Team New Zealand is really, really strong. They have great starts all the time and so they almost have probability to be in the top five at each top mark. Really strong in tactics, and really good boat handling. But today is the mid-point of the season and so nothing is over and we won’t be giving up any points.”

“We feel great. We had a good analysis and de-brief after Marseille, we worked on the weaknesses and it seems to have worked.”

Ray Davies (NZL), tactician Emirates Team New Zealand (NZL):
“We had a great day, we are very happy with how the day went. There was a bit of fortune involved as well but we sailed well as well, so it was a bit of both. We had a very good first downwind leg and passed a couple of boats at the bottom of the run and that set us up well for the soldier’s course after that. And Matador were launched but they got a bit close to the headland. They were probably five lengths closer to the headland. Obviously once we saw them getting very soft we were able to sail higher. They had hardly wind and we still had eight knots. We caught up to within a boat length at the mid race gate windward mark and then they slipped away again on the long downwind. It was a bit of leader’s race. We have extended on our overall position and Artemis are through into second, and we are putting more points on Matador and Quantum on that race.”

“It is a balance between the long game but it’s nice to win regattas along the way and that’s what we are aiming to do here.”

Steve Hayles (GBR) navigator Matador (ARG):
“We messed it up. We had a really good start and then just got too close to the headland. A little bit, you can argue we were the victims of being in the lead, but we did mess it up.” 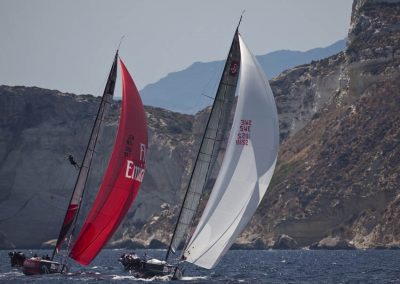 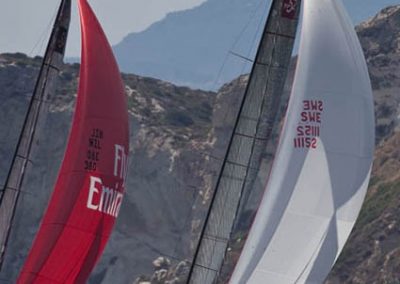 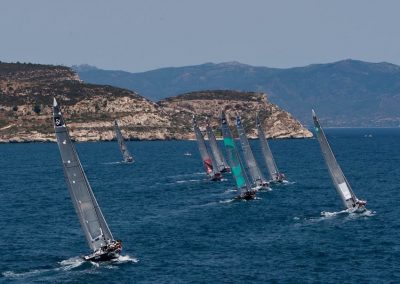 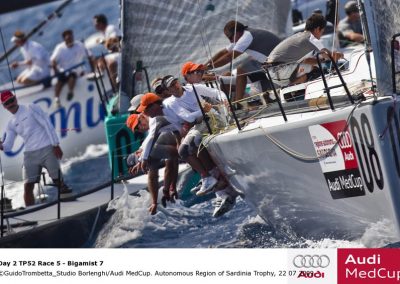 Back
← Less Breeze, Different Game Cagliari not living up to its reputation as a windy →