Leaving the Portimao race course having dropped six points off their Circuit lead it was hardly crisis time for Quantum Racing when they finished 10th in Race 6 of the Portugal Trophy Regatta – only their third double points score of 50 races so far of the Audi MedCup season – but the American boat did cede the regatta lead to Paul Cayard and the Spanish America’s Cup team on the green hulled El Desafio.

In light and shifty winds, between five and eight knots, Desafio posted a seventh and a second place to lead the second placed Argentinian boat Matador by a single point on the Portugal Trophy regatta leaderboard.

Alberto Roemmers’ Matador crew not only had the best day in the fifteen boat fleet, winning the first race and finishing second to Platoon powered by Team Germany in the second contest, but they overtook Torbjorn Tornqvist’s Artemis, to now hold third place on the overall Audi MedCup Circuit standings going in to Thursday’s crucial double points coastal race.

A delay was required until the wind spread more uniformly across the course area but there were still patches of lighter pressure and changes in wind direction through both races to challenge the brains of the afterguards. It was the same pair of boats which lead to the windward mark in both races. Platoon Powered by Team Germany with Jochen Schuemann steering and Rod Dawson on tactics and Matador which is steered by Guillermo Parada (ARG) with Francesco Bruni (ITA) as tactician.
Matador eased through Platoon on the first run, getting a little lower and deeper into better breeze first and went on to win comfortably by 54 seconds, while the Platoon managed to make their early lead stick in the second race, crossing the finish line 41 seconds up on second placed Matador.

With their local hero 1996 Olympic bronze medallist Hugo Rochas calling tactics, there was a promising result for the local Portuguese crew on Pedro Mendonca’s Bigamist 6 when they finished fourth. The 2005 Reichel Pugh design is now the oldest boat in the 15 boat fleet but lies a very respectable 11th overall, gaining one place in the regatta standings today.

It is the first time that Desafio have finished a racing day this season as overall leaders of a MedCup regatta. Their seventh and third today was only bettered by Matador and Bribón.
“ The results today have obviously put us into the lead which is nice for us as its the first time we have been leading the regatta at the beginning of the week,” said skipper-helm Cayard, “ It is continuing the trend of improving, but it’s going to be tricky to hold on to it if the last couple of days are anything to go by. The boats are very close with just four points between the top three boats. What is encouraging is to be more competitive up front, that is a very different situation from the beginning of the season.”

Quantum Racing were close enough to their target – averaging fifth place finishes over the day – with a sixth in the first race, but they had to do penalty turns again in the second race for hitting the first turning mark and then gybe set to the left of the downwind which cost them heavily. At the leeward mark they were down to 14th, over three minutes behind Platoon, but pulled up to 10th by the finish. Going in to the season’s final double points coastal race Quantum Racing have an overall lead of 45.2 points.

“ It was a challenge today out there.” Stated Quantum’s tactician Morgan Larson (USA), “ Today was just about going out and not making too many mistakes. I don’t think you had to reach for the stars or anything, we just made little errors. The boathandling was great and the speed was pretty good. I think we have been better speed wise before against the fleet but it wasn’t anything about speed today, it was about strategic and tactical decisions, about communication and we just did not execute.”
“It was a tough day, but we are not even half way through this regatta and we are five points off the lead, and we still have a good lead in the series, so it could be worse.”

Guillermo Parada (ARG), skipper-helm of Matador (ARG):
“ It was a good day for us, the lighter conditions are back, and the boat is going well – they were two good races. In the first we had a great start and good speed. The second wasn’t such a good beginning but we went straight for the side we wanted and managed to position ourselves well as well as being quite fast. We have renewed our hopes to keep fighting for a podium position in the general Audi Medcup circuit as well as victory in this regatta as well. And we are happy that we had the owner on board today, who quite probably brought us very good luck.” 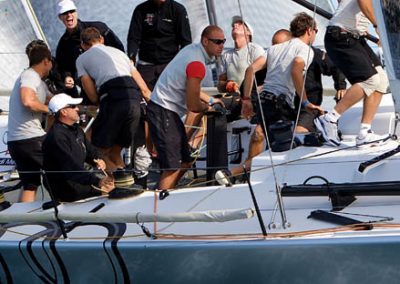 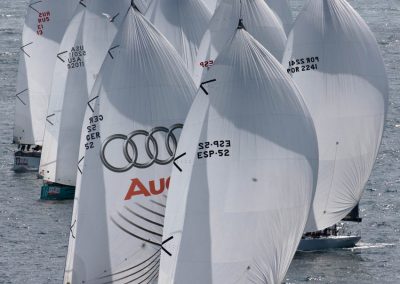 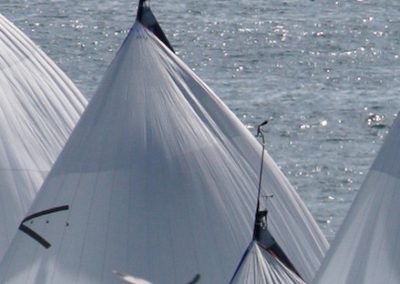 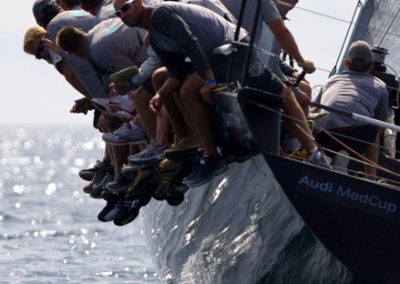