MedCup takes GP42 on board

The Audi MedCup Circuit announced today that the TP52 Class and GP42 Class will compete on the 2009 Circuit.

Five cities in four different countries will host the series of regattas for both the 52’s and 42’s over five months from May through to September this year.  Racing for the TP52’s will consist of the traditional five days of racing with four of these on windward-leeward courses and one coastal race whilst the new division of GP42s will have four days of inshore racing.

“We will set up a race course for both classes with 6 minutes interval between the start of the first fleet (TP52) and the start of the second fleet (GP42)” explains Technical Director, Nacho Postigo, “this way we ensure to provide the best possible racing for the teams on what is, from experience, guaranteed to be challenging competition on the race courses.”  Racing at each venue will commence with the TP52’s who will be joined by the GP42s a day later in order to allow for racing to conclude for all on the final day of the event.

“We are very pleased to introduce a second racing division to the Medcup Circuit.  The MedCup Circuit is the ideal platform for box rule classes and we expect both to benefit from this decision.  We are looking forward to accommodate the teams at all five venues and are confident we will again supply them with the highest level of competition and facilities. We expect to see a combined fleet of eighteen yachts competing this year on the Circuit.” Concludes Audi MedCup Circuit Director, Ignacio Triay.

TP52 Class Manager Rob Weiland comments: “It is a decision that is supported by a large majority of the Members of both Classes, of course after some internal discussion. Both classes have raced together in the Copa del Rey and the 2008 TP52 Pre-Worlds, which gave some indication of what to expect on the racecourse. Talking to many sailors and event organisers, also outside the TP52 scene, there is positive feedback on the move. It is not easy at the moment wherever you are placed in the marine industry, so now is the time to team up and be creative. I hope time proves us right. Join us or at least come by to watch the show.“ 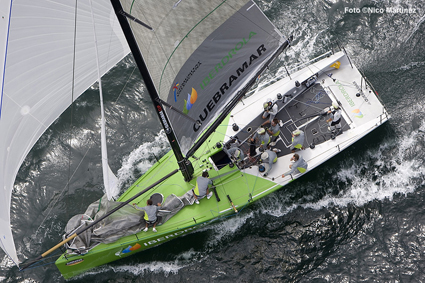 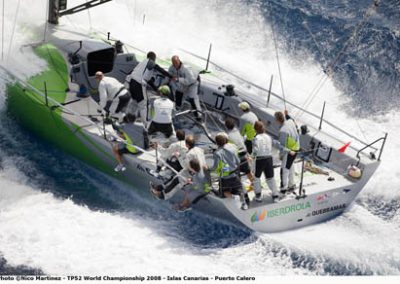