AUDI MEDCUP DECIDES ON CALENDAR FOR 2010, see below.

In Portimao the members of the TP52 Class discussed which of the modifications as announced for 2011 in Cagliari are to be implemented allready for 2010. The meeting wanted to get to a configuration that allready allows to reduce crew and to agree on further cost cutting proposals for the 2010 AUDI MedCup.

The aim was set to reduce running cost by a third without going overboard on modifications to the boats.

The meeting decided the 2010 TP52 will have:
1. Bowsprit and bigger spinnakers.
2. Square top main and twin backstays.
3. Crewweight of 1100kg and move 150kg of lead to the bulb to compensate the loss of weight on the rail.

It will no longer be permitted to use the Code-0 in coastals.

Specificly for the 2010 AUDI MedCup it was decided to:

1. Introduce a “guest” or “non participant” position on the boats and set the “active crew weight” at 1050kg.
2. Restrict the number of “on location training days” before an event to 2 days prior to the Practice Race Day.
3. Restrict to a sail limit of 17 sails + heavy weather jib and stormsails (now 19 sails).
4. Restrict spinnaker material to woven nylon and polyester.

MedCup directors Nacho Postigo and Ignacio Triay, present at the meeting, confirmed that for the 2010 AUDI MedCup we will again see a 5 event series, more or less on the same dates as in 2009, with one or possibly two new locations being negociated at the moment. The 2010 TP52 World Championship will be held in Italy.

Note:
The guest position will allow to bring media or sponsor or event invitees on the boats to experience or report the experience of racing a TP52 life.It is another step forward in bringing the activities on the water closer to the public and promoting our sport and the AUDI MedCup in particular. 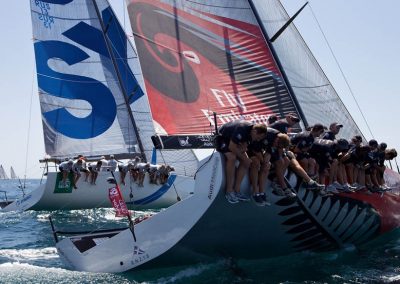 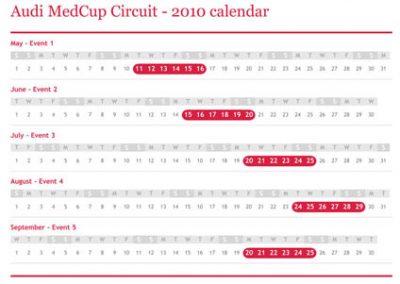 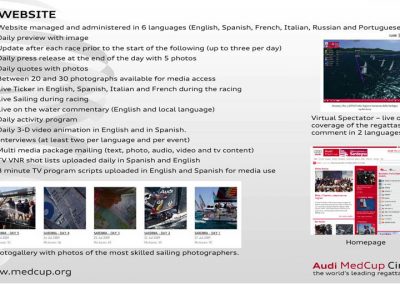 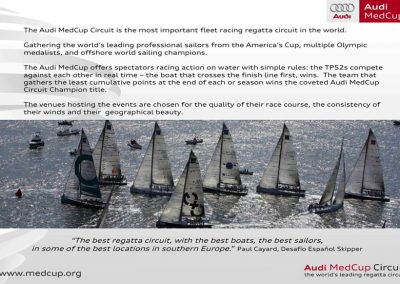 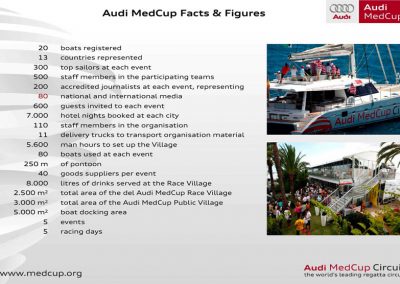