Team spirit, hard focus and smart sailing were just some of the keys Bribon’s telling consistency over three demanding races off Cartagena where the iconic Spanish sailing team now lead the Region of Murcia-Cartagena Trophy regatta by two points ahead of Italy’s Audi Azzurra Sailing Team.

Two second places backed up by a third in breezes from 11-15kts and a building choppy sea ensured that Bribon was the best scoring team of the day along with Audi Azzurra. The team which sails under the flag of the Yacht Club Costa Smerelda twice executed from strong strategic game-plans to win Races 5 and 6 in the 52 Series.

Cartagena’s race track was once again tough to master for the afterguards, with some many different factors to account for, not least the awkward choppy swell which progressively builds and bounces back off the high, bluff cliffs. Downwind the swell could be a blessing, but almost always a curse upwind.

The Franco-German crew of Audi Sailing Team Powered by ALL4ONE, lead by Jochen Schuemann (GER), won the day’s first race after their start from pin, left end of the start line and were able to lead for most of the race, finishing just three seconds ahead of Bribon.

In the second race of the three, Audi Azzurra Sailing Team were quick to recognise a potential benefit on the right and delivered a good start at the committee boat end of the line and lead Bribon across the finish line. The Spanish team’s industry down the final run, working right and arriving with pace and extra wind pressure allowed them to gain two places on the last leg of the course.

And Guillermo Parada’s team which finished second in Cagliari last month, cemented their promotion to second overall at the this regatta with another win, their third of the regatta, in the final race of the day. The Italian duo of Vasco Vascotto on strategy and Francesco Bruni were at the top of their game as they read the right shifting breeze to stay ahead of Germany’s Container to the finish line.

It proved an especially testing day for the current World Champions and Circuit leaders Quantum Racing (USA) who seemed to struggle at times for pace in the awkward swell and made some small tactical errors which cost them, finishing 6,4,7 for the day, to spend a lot of their Audi MedCup Circuit lead, their weighty average for the day contrasting with that of their main title rivals Container who finished five boats ahead of them in the final race today.

Tomorrow it is Coastal Race Day.

Marcel Van Triest (NED) navigator Bribon (ESP) on tomorrows weather:
“The breeze has gone around to the Levant direction, the NE and ENE a bit fresher, it will be good strong conditions, 17-21 kts gusting to 25kts, blustery with this offshore breeze and that will make this coastal course interesting because there will be left hand breeze coming out of the harbour and right hand breeze coming round the headlands, so you have to make some big choices: go left trying to find the lefty or right trying to find the lefty and big holes under the cliffs. We have all done this course a few times and there are loads of opportunities. It is not over until it over.”

“ There is no more pressure than normal when you are leading, it is sailing, you go out and do your job the very best you can and that’s it.” 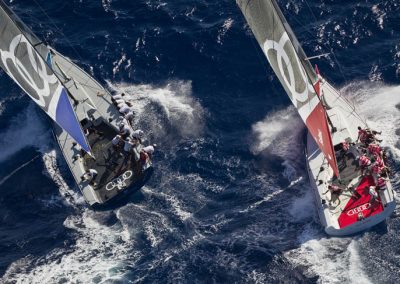 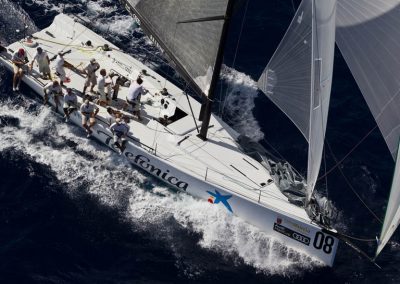 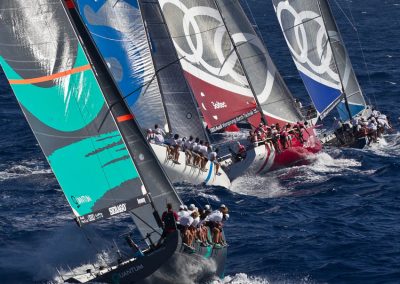 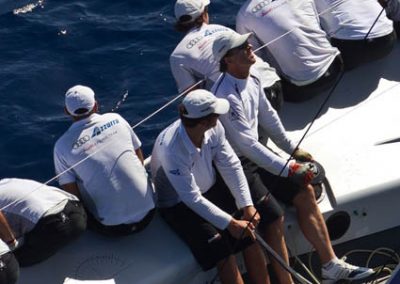 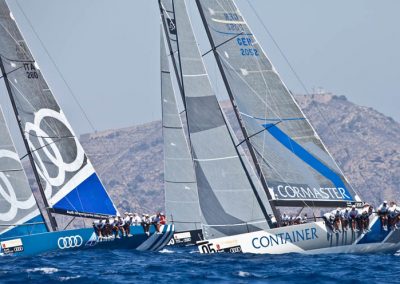