Quantum Racing made a faltering start to their 2015 season but winning Gaastra PalmaVela today proves they are better prepared to regain the 52 SUPER SERIES title.

They may have had their ups and downs at the warm up Gaastra PalmaVela which finished Sunday, but after winning the very evenly matched and highly competitive nine strong TP52 Class over seven races on the Bay of Palma, Doug DeVos team establish themselves as clear favourites to win the first 52 SUPER SERIES regatta in Italy in less than three weeks time.

Conditions proved challenging. The breezes were unstable and that made consistency in this very close fleet extremely hard. At this stage last year there were nine new TP52s freshly launched, not all raced at this popular Palma warm up. Honed by a full year of racing on the 52 SUPER SERIES the level at Gaastra PalmaVela was higher than ever. Small changes to the set up of the Vrolijk designed boats and the integration of new crew into the team line ups were among the variables that Gaastra PalmaVela was set to shine a light on.

Quantum Racing missed out on a Valencia training week in March and so this was their first chance to race with Ian Moore as navigator, Rodney Ardern in the pit, and James Dagg trimming. But the 2013 and 2014 champions which have Terry Hutchinson back as regular tactician all the way through this season proved a step ahead of the opposition, winning by six points over the 2015 52 SUPER SERIES title holder and World Champions Azzurra. Quantum Racing won three races, topped off by a key victory in the last race of the series. But they had their deep moments too, counting two sixth places.

It took until the last day for Azzurra to win a race. The team skippered by Guillermo Parada had bubbled through the regatta with a good level of consistency, but it was only after a frank and comprehensive debrief Saturday night that they came out and won the first race Sunday, executing their desired game plan. After dropping overnight to third Azzurra’s finish of 1,4 left them two points clear of Vladimir Liubomirov’s Bronenosec, perhaps the team which improved most over the regatta finishing with 2,3 best scores of the final day.

What was most evident was how close and uncompromising racing will be this season. Four teams won races, Harm Muller Spreer’s Platoon lay second going into the final day but could not consolidate, eight points separating second from sixth overall. In 2016 every point will be vital.

Quotes:
Ed Reynolds (USA), project director Quantum Racing (USA): “We always want to win and so to do so here is important. But we came here to learn and to prepare and expose our weaknesses. So while it is a thrill to win it was important for us to be able to integrate new crew members into the team. We has some really good races and some tough ones. But I am absolutely confident we are in much better shape to go to Scarlino (the first 52 SUPER SERIES event) and win. The fleet is so close, so tight. I am amazed how even the smallest moment of misunderstanding or misinterpretation can mean losing two or three boats. It is that tight. All of the little things are so critical. But no one in this fleet is more driven to win.”

Guilermo Parada (ARG) skipper, Azzurra (ITA): “Today we sailed a lot better. We had a big meeting last night and we changed the attitude we sailed with and it was a lot better today. It was good day for the team. We did what we wanted in the first race and finished better in the regatta standings with a chance to win. In the second race it took some time for the conditions to be steady again we were sharing the race course with other classes. Twice we had to tack for Wally hundred footers and they put us in the back of the group. But we came back to finish fourth. I think we improved and are reasonably happy. We are here to win and so cannot be happy with second position, but seeing how the week developed we need to be at least satisfied.”

Michele Ivaldi (ITA) tactician Bronenosec (RUS): “It was a good regatta for us with a very high level set from everyone. Any one of these boats could win races off the blocks. It gives us a real flavour of what the 52 SUPER SERIES will be like. It is very exciting and we are happy with our result. We worked well with Ado Stead in our new afterguard. It is great to have another tactician in the boat we work together as two tacticians. He is very good. For us it was great to finish on a high note witt a good last day which gives us confidence going to Scarlino in two weeks.” 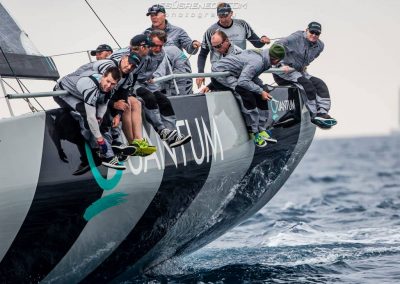 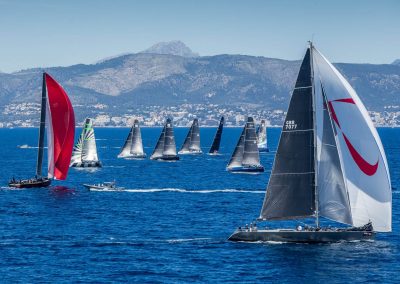