RAN builds a good solid performance from a good start and shows good speed at a wide variation of conditions in a sun and wind blessed coastal race.

Pressed hard by Quantum for most of the race Niklas Zennstrom and his team found another gear in the jib reach back from Lisbon to Cascais to create a handsome 400 meter lead.

Quantum now in a good lead for the overall win of the Cascais Trophy.

Container was a bit unlucky when a late gybe in the run proved to be very costly as the others found more breeze closer to the shore, Azzurra now back in 2nd overall.

Azzurra showed great stamina and good speed and positioning in the jib reach to claw back to 3rd, Synergy 4th.

Bribon saw a brand new A4 kite fall apart on them, till that moment they were in 2nd place.

All4One had a strong start of the race till a mainsheet strop decided it had enough. From then on a further series of mishaps continued to happen.

Niklas Zennström (SWE), skipper, RÀN (SWE):
“We are very pleased because we´ve had very bad days before. We took a good breath yesterday, we went back to basics and it helped us to get our confident back. It was a nice race, we wanted to have a good start and we did. We sailed very well upwind and going downwind was also a lot of fun, but at the second mark Quantum nearly got to us. We handled the boat well and managed to stay away from them. We´ve made so many mistakes this week that it was time for us not to make any, and we almost achieved that goal. It was important to get our first win, it boosts our confidence. Now we can put our first Audi MedCup  victory behind and try to get a few more in the future”.

Photos by Nico Martinez and Lisbon bridge and monument shots by Ian Roman. 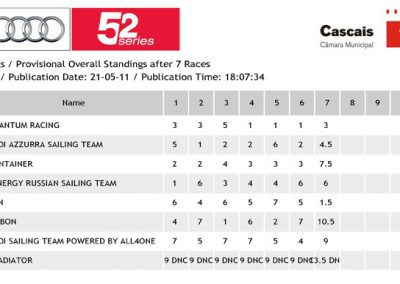 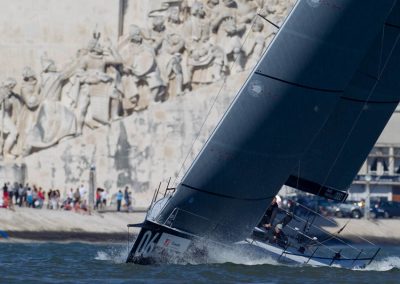 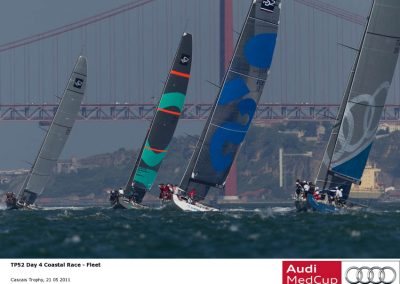 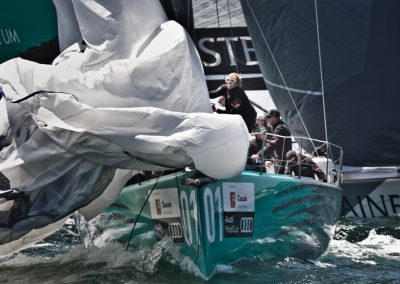 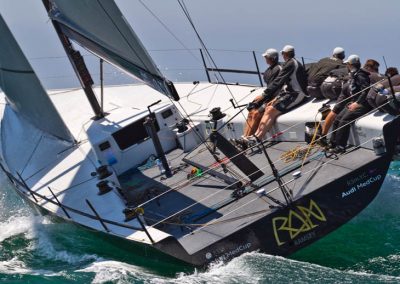 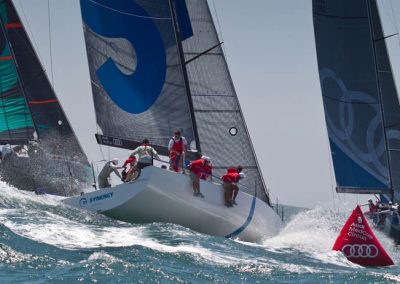 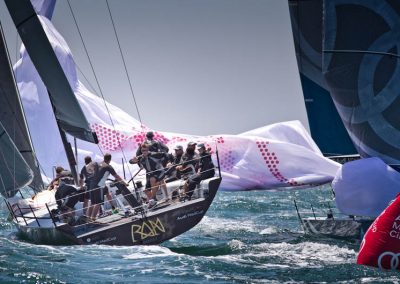 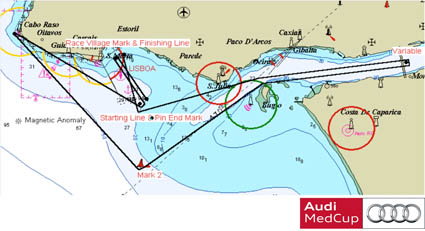