Great Britain’s TeamOrigin have their new Juan Kouyoumdjian (ARG, photo to the right) designed boat nearing completion at Salthouse Boats in Auckland. They are due to ship the boat directly to Portugal.

Mike Sanderson (NZL), CEO of TeamOrigin said: “The schedule was always going to be tight but we are on time. The boat is due to leave New Zealand in the middle of March. We have it booked on a fruit ship which means it is pretty reliable because if it gets late then the fruit goes rotten. We will ship it directly to somewhere close to the venue and do its final measurement there and will sail it there for the first time. It is not optimum for how we would have loved to have done it, but we always knew that, we knew that that’s what the schedule was going to be before started building it, so we are just going to have to hope that we can get it on the pace as quickly as possible. We are really looking forward to it. It is going to be an amazing year. We really can’t wait.”

Current Audi MedCup champions Emirates Team New Zealand (NZL) completed their modifications in-house and have been trial sailing the new configuration on the waters off Auckland in excellent conditions. Otherwise, explains CEO Grant Dalton, the only change to their winning set up is the new paint job. They will sail with exactly the same core sailing team, with the exception of the reduced crew number.

2008 Audi MedCup champions Quantum Racing (USA) who finished overall runners-up are believed to have taken the opportunity to update their deck profile and have made a bigger winter refit.

Torbjorn Tornqvist’s (SWE) 2007 champions Artemis (SWE), third overall in 2009 have a busy sailing season planned and will be back to challenge hard.  Alberto Roemmers’ (ARG) team of Matador (ARG) start training on March 19th as a build up to the Palma Vela regatta, where up to five teams will race including Artemis, Cristabella (GBR) Matador and Synergy (RUS) are expected to take part.

Spain’s Palma based Bribón (ESP) has undergone some minor modifications along with the class rule modifications. They have changed to tiller steering, removing the twin wheels, changed the mainsheet system and extended the deckline to the vertical at the back of the boat, in line with all the other newer TP52’s. They will sail with an almost all Spanish crew with helm Gonzalo Araujo (ESP) taking on the role he completed so well at the TP52 World Championships in Palma last year. Great Britain’s double Olympic silver medallist Ian Walker (GBR) will serve as tactician. 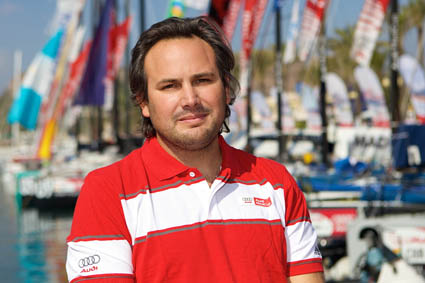 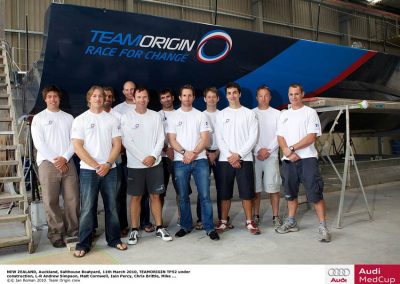