Race One goes to Azzurra after nailing the start with great precision.

Bribon was hot on Azzurra’s heels till the second beat in which she lost position to Synergy.

Quantum managed to wurm into fourth position from a difficult position in the first beat and consolidates that position, despite a late charge by Ran.

This time Bribon hangs on to the leader all the way for second for the race and joint first for the day.

Container third, passing Synergy on the final run who looses a kite shortly after the hoist.

After a tricky day with the breeze never hitting more than 9 knots it is Quantum extending its lead for the 2011 Audi MedCup Trophy as it nearest rivals, Container and Azzurra, both have mixed scores.

Boats are very even in the light stuff at first sight, but wait for the interviews to hear the sailor’s opinions on this.

The south course in this conditions is one-sided for sure, but by no means easy to read in detail. 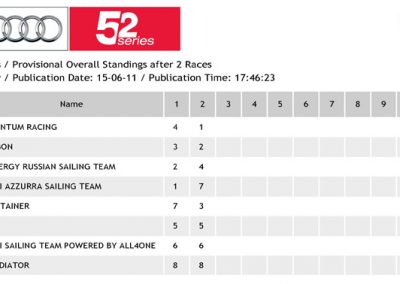 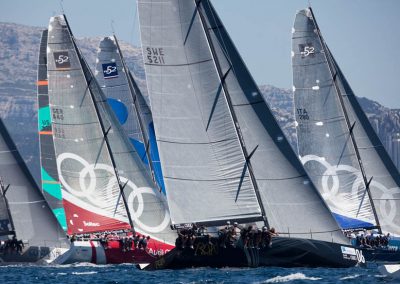 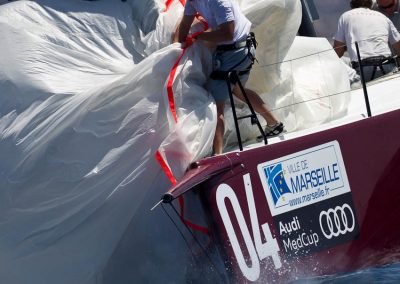 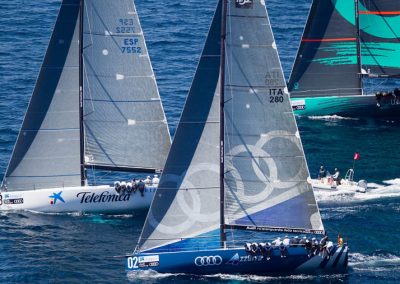 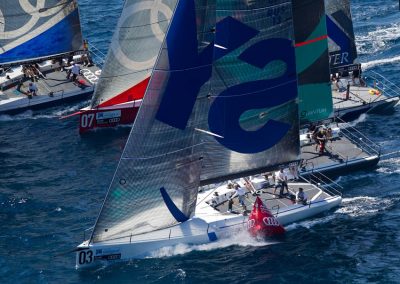