Never mind the Gotland Runt is now called the AF Offshore Race, never mind there was not that much breeze, as quite often with this race. Never mind the AF website is not very helpful in providing info that a sailor likes to see, like results with finish times, corrected times, some decent press release and some decent photo’s.

Good news is a TP52 won. German flagged DataCom Lindahl, sailed by Ralf Aspholm and crew managed to correct out both in IRC and ORC above the second placed Ran (72ft), Niklas Zennstrom and crew.

Ran operated their blog during the race, so a good report can be found there ( http://blog.ranracing.com/ ), with photos telling all about their perspective of this epic offshore that pulls a lot of entries from the Baltic countries, but has fans from further away as well.

DataCom slipped away from the other TP52, REG (ex Apollo), on the first downwind and when the tricky stuff started DataCom had build up a 40 minute lead on them. RAN was way ahead but ran into trouble south of Gotland where DataCom managed to pick up a lot of their margin and from then on it was a race against the clock picking the way through the transition zones. 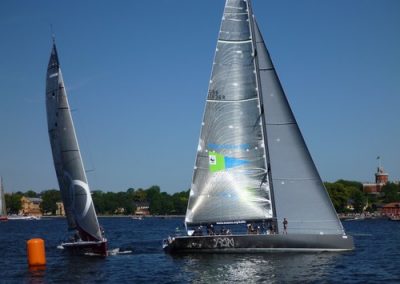 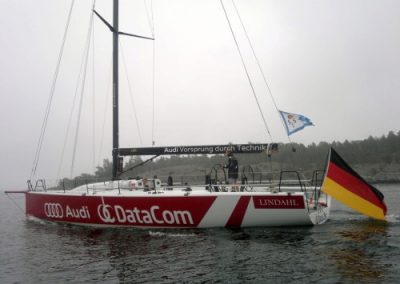